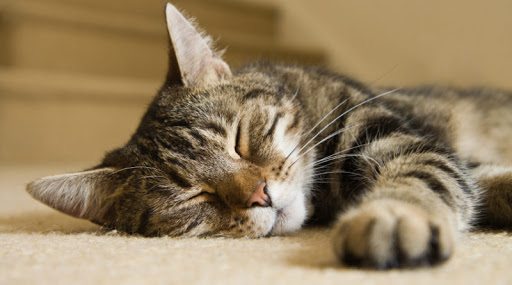 I have a question about cats, being fairly new to owning them. I adopted a female kitten this June. I was told by the rescue that she was about four or five months old then, making her about a year old now.

I noticed that she really enjoys me patting her back at the base of her tail, which I didn't think was odd at first, because my family's oldest dog likes this as well. I looked it up because I was curious why animals like this, and that's where I read that it's a common way to relieve stress in anxious cats and/or "calm" female cats in heat, and that a cat letting you do this means they trust you very much.

This gives concern because 1. my cat is spayed, so no heat, and 2. that's kind of what was said back in the day when it was normal to "calm" anxious women by inducing an orgasm. My cat also tends to put her ass in my face when she wants me to pat her backside, and will get shaky or unstable on her paws if I give her too many pats. This could just be a "this feels platonically awesome" thing, and I hope it is, but she never reacts in that extreme when I pet her in any of her other favorite places, like her cheeks or the back of her head.

TL;DR: I know it's probably a stupid concern to have, but could I be unintentionally pleasuring my cat by giving her butt pats? I don't want to keep doing it if so.