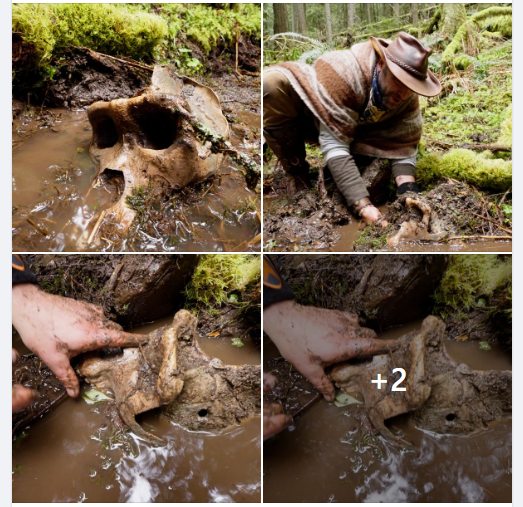 From Coyote Peterson's Facebook page.
> Leaking pics here before they are taken down and before government/official try to cease our footage. Found a large primate skull in British Columbia.
>Have kept this secret for several weeks… YES I have the skull, smuggled it thru customs and TSA and its currently in a secure location awaiting primatologist review.
>Absolutely unreal… we thought it was a bear skull when we found it, I can 100% guarantee it is not.
>The skull was found partially buried under ground in deep back forest ravine after a massive storm in the Pac Northwest where clearly a bunch of trees and earth were disturbed.
> I don’t know if its what you all think it might be… but I cannot explain finding a primate skull in the Pac Northwest without wondering! What do you believe?