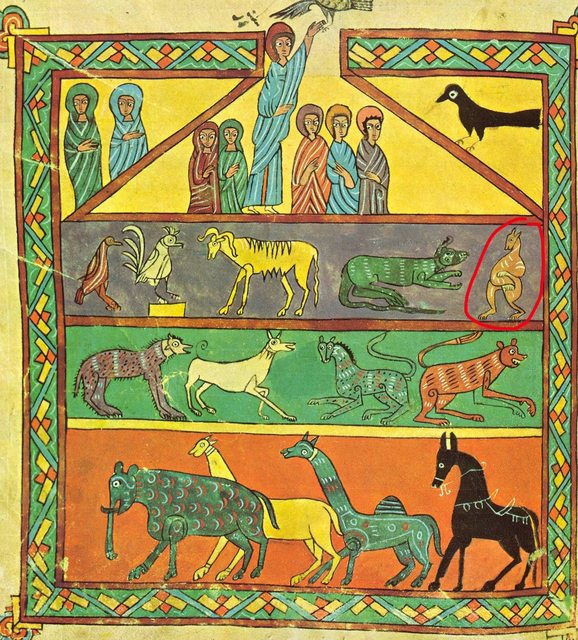 what do you think the animal circled in red is intended to be? this is a (spanish i believe) manuscript depicting noah's arc from around 975. our guesses are bear or rabbit
it shouldn't be a kangaroo because it was made too early for that. unless kangaroos were known about in that part of the world in that century somehow