But it turns out that talking to dogs isn't as crazy as it sounds, and science can prove it.

A group of Hungarian researchers recently published a study that pretty much proves domesticated dogs can process words and sounds on the same level as a human being.

How did they prove it? Well first they trained some puppers to sit still for seven minutes in a fMRI scanner to measure the activity in their brains. Then they spoke the same words and phrases that the dogs owners used when they spoke to them.

The results were remarkable, showing signs that the dogs' brains reacted to specific words the same way a human brain does.

The dog's "rewards center" of the brain which are stimulated while eating food, having sex, and being pet, were also stimulated when words were spoken in a positive, soothing tone.

"It shows that for dogs, a nice praise can very well work as a reward, but it works best if both words and intonation match." A researcher said. 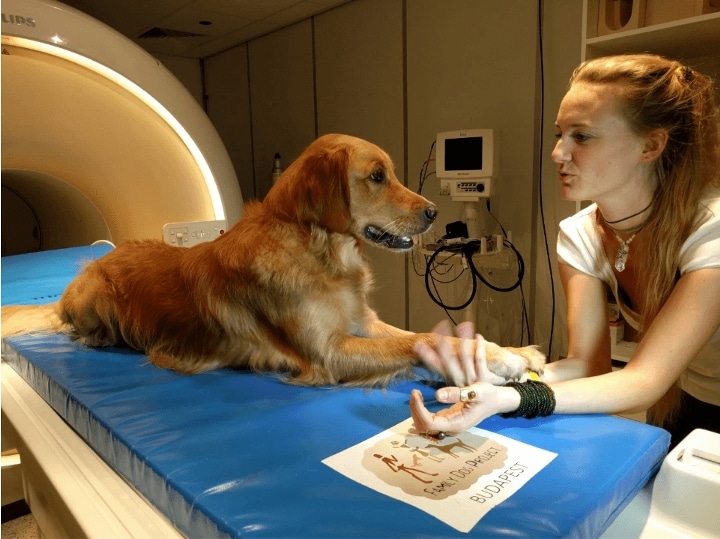 The team also said that the human domestication of dogs some 15,000 years ago probably had little to do with how they're able to discern between words and their tones - it's probably that much more ancient.

So us human beings who think we've got a monopoly on this whole spoken word and language thing better recognize that we ain't so special after all.