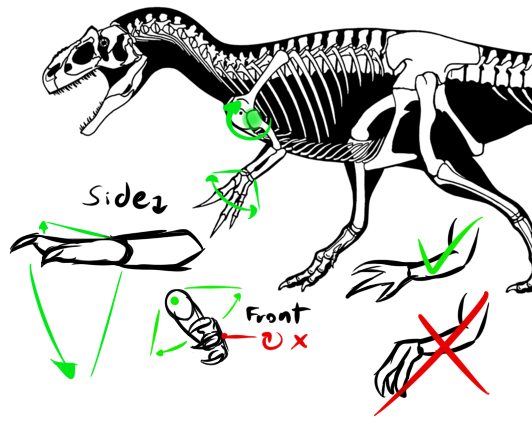 I was recently thrust into the wrist pronation and feather debate. I got two questions with my own amateur takes but I seek enlightenment from those who know better
>dinosaurs couldn't pronate their wrists
I would argue that humans cannot either. When we turn our palms inward, we rotate the forearm, not the wrist itself and our palms face slightly inward when hanging relaxed by the sides. Did dinosaurs have fused elbows or radius/ulna that would make such movement impossible?
>feathers in beipiaosaurus means therizinosaurus had them too
Is there evidence? Shouldn't we assume that they were fatherless until proven otherwise? In my opinion, how much a creature is coated in fur or feathers depends not only on size but also skin texture/thickness. Elephants for example have wrinkly skin that increases surface area, making fur unnecessary, which is why giraffes, despite being taller and more active, have fur.

Personally, I don't care much for dinosaurs beyond the documentaries out there, just wanted to gather some information so I don't talk out of my arse next time. Thanks.