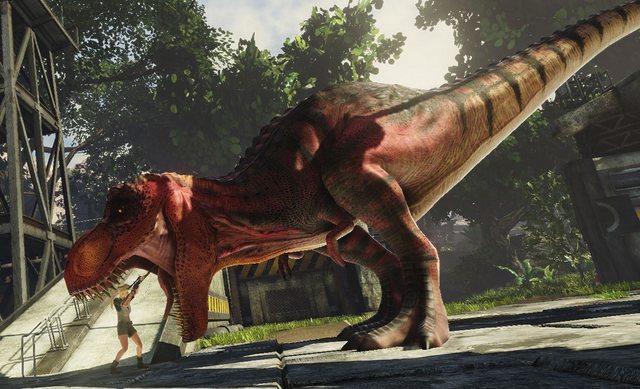 Does anybody know and have sources if adult Tyrannosaurus Rex preyed on or ate animals about the size of a human and is there concrete evidence like bitemarks, any residue on Tyrannosaurus teeth etc.