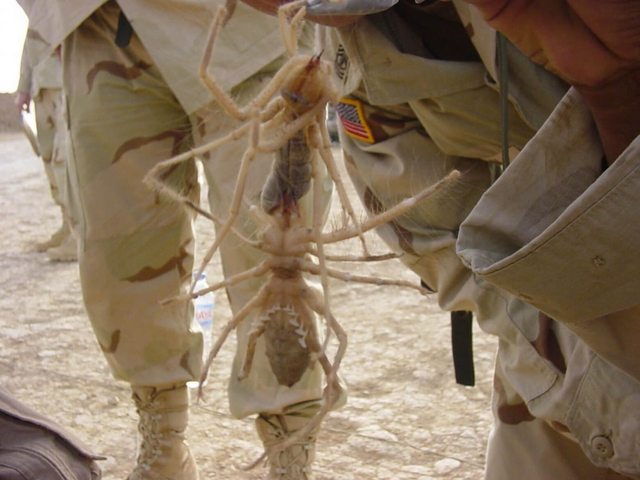 During WW1/2 British Soldiers simply played with them and staged fights with scorpions, but after the recent Middle East conflicts, U.S soldiers went on to make them into mythical beasts that were 3 feet tall and could jump and disembowel a camel. Solifugae are terrifying but come on, where these guys bored and just wanted to troll us? or where they trolled by the locals into believing this shit?
Any US vet here, share your camel spider story if you have one.