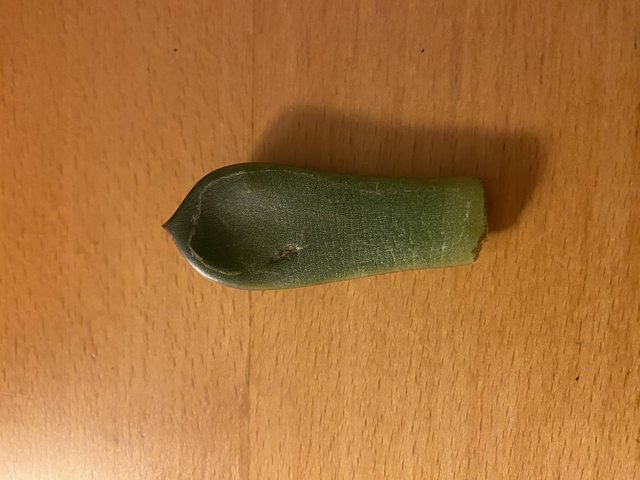 What is this plant? I picked up this fallen leaf at Ikea. I looked up popular succulent plant and it's not in the list. I'm currently trying to grow it as how you would grow an aloe vera from a leaf.