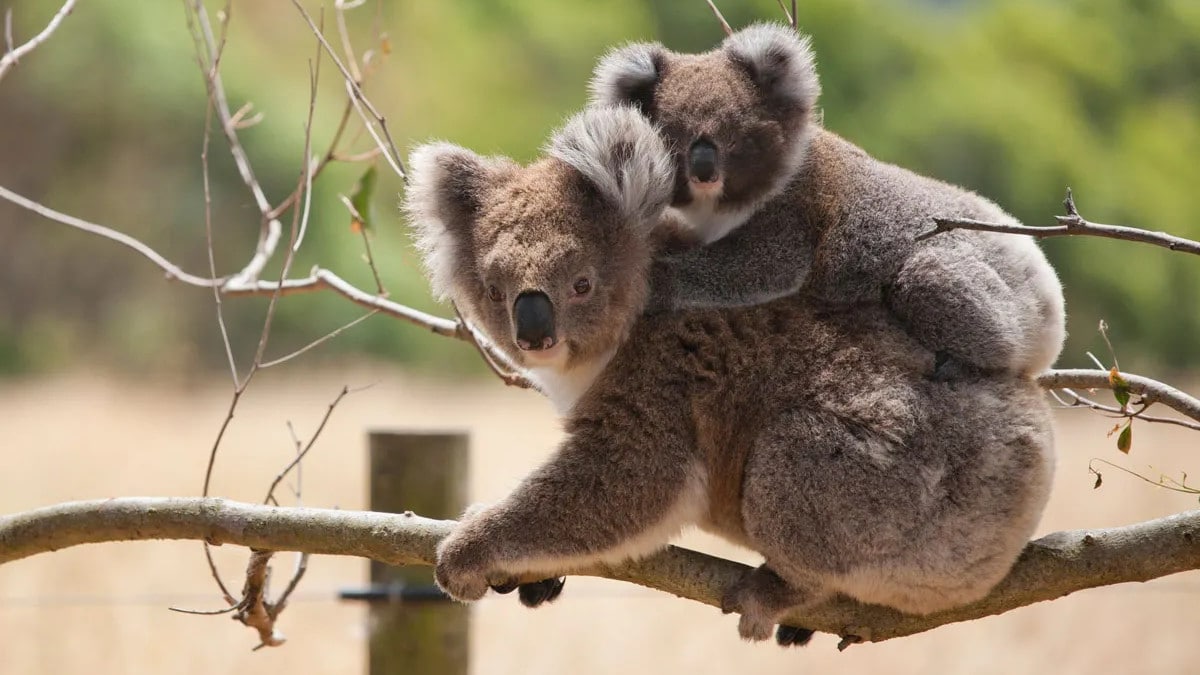 Koalas not only have one of the smallest brain to body ratios of any mammal; their brains are also smooth. Good brains are folded to increase the surface area for neurons, so this is ominous. Let's read on to find out just how stupid and badly designed the koala species is.

Did you know that if you present a koala with leaves plucked from a branch and laid on a flat surface, the koala will not recognize it as food? They are too thick to adapt their feeding behavior to cope with the change. In a room full of potential food, they can literally starve to death. This is not an animal that is winning at life.

Speaking of stupidity and food, one of the likely reasons for their primitive brains is the fact that additionally to being poisonous, eucalyptus leaves (the only thing they eat) have almost no nutritional value. They can't afford the extra energy to think and sleep more than 80% of their lives.

When the koala is awake all it does is eat, poop, and occasionally scream like satan.

Because eucalyptus leaves hold such little nutritional value, koalas have to ferment the leaves in their guts for days on end. Unlike their brains, they have the largest hind gut to body ratio of any mammal.

Many herbivorous mammals have adaptations to cope with harsh plant life taking its toll on their teeth, rodents for instance have teeth that never stop growing, some animals only have teeth on their lower jaw, grinding plant matter on bony plates in the tops of their mouths, others have enlarged molars that distribute the wear and break down plant matter more efficiently...

But when the koala's teeth erode down to nothing, it resolves the situation by starving to death. Because koalas are bad animals.

Being mammals, koalas raise their joeys on milk (one of the lowest milk yields to body ratios -- there's a trend here). When the young joey needs to transition from rich, nourishing substances like milk, to eucalyptus, it finds it does not have the necessary gut flora to digest the leaves. To remedy this, the young joey begins nuzzling its mother's anus until she leaks a little diarrhea (actually fecal pap, slightly less digested) for it to slurp on. The koala has to engage in this revolving behavior to kickstart its digestive system because the species is that badly designed.

Of course, he may not even have needed to bother nuzzling his mother, because she may have been suffering from incontinence. Why? Because koalas are riddled with chlamydia. In some areas the infection rate is 80% or higher.

This statistic isn't helped by the fact that one of the few other activities koalas will spend their precious energy on is rape. Despite being seasonal breeders, males seem to either not know or care, and will simply overpower a female regardless of whether she is ovulating.

If she fights back, he may drag them both out of the tree, which brings us full circle back to the brain: Koalas have a higher than average quantity of cerebrospinal fluid in their brains. This is to protect their brains from injury should they fall from a tree.

The koala: an animal so thick it has its own little built in special ed helmet.