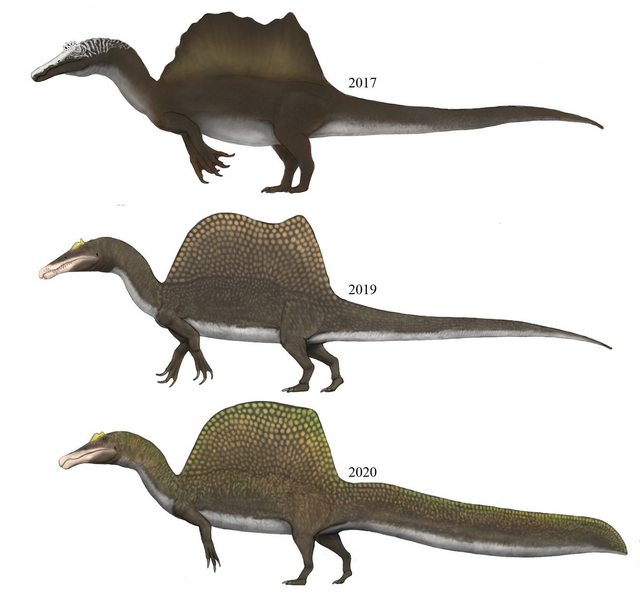 You know, something deep inside me tells me that this kind of creature could not even walk (as well as catch fish with its lipped jaws). As well as there is no any evolutionary sense in such useless forelimbs turned inside out.
Evolution is the process of sifting out in a stream of random mutations those that make the organism fitter and give it an advantage over the rest. A creature with SUCH mutations would simply died, as it could neither walk, nor hunt, nor even use its forelimbs.
So, I'm more inclined to think that modern "paleontologists" simply have low IQ as a result of negative selection over the past two decades.