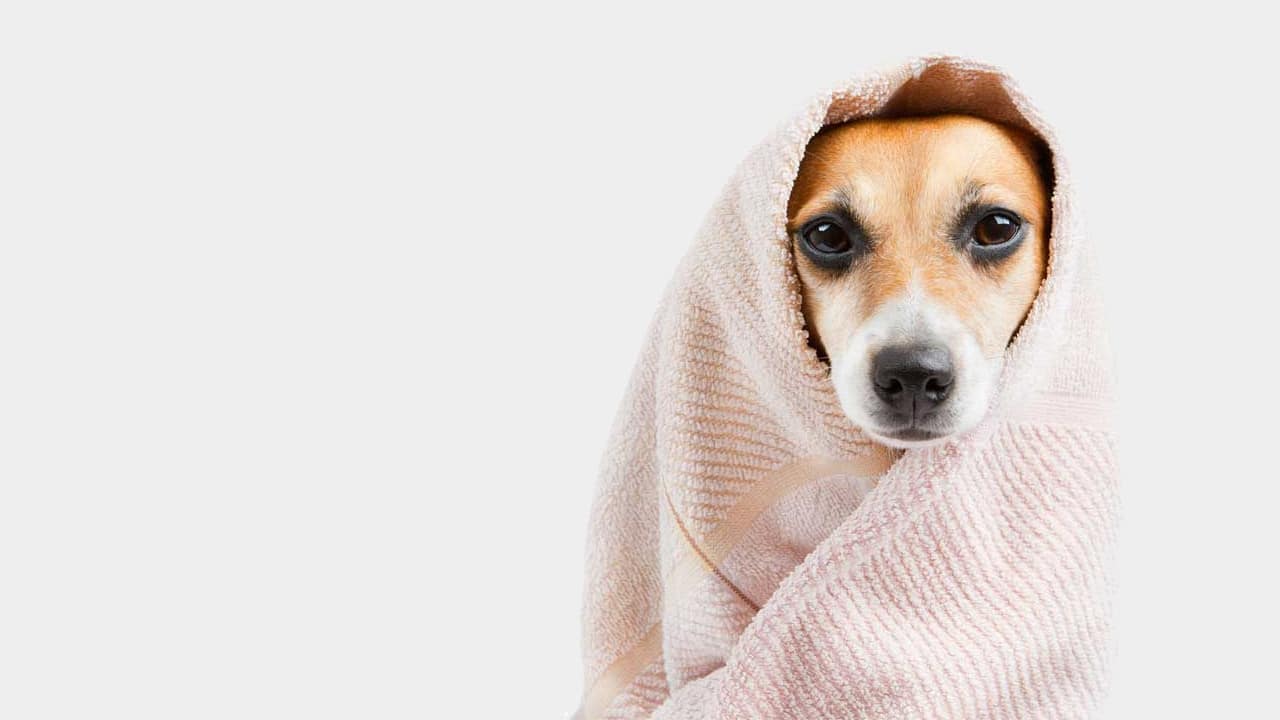 Over 150 years ago, the first case of E.P.I., exocrine pancreatic insufficiency, was discovered in dogs. While it isn't extremely common, the occurrence of this illness has increased in recent years. According to the College of Veterinary Medicine at Texas A&M University, nearly 8,000 dogs in the United States are diagnosed with E.P.I. and this number is expected to rise. Unfortunately, E.P.I. is somewhat of a mystery to veterinarians. The disorder, in which the pancreas does not produce enough enzymes to digest food and absorb nutrients, is currently being analyzed.

Researchers are hoping to find the cause -- whether it's genetic or environmental factors. Symptoms include stomach issues, diarrhea, vomiting and lethargy. Though increasingly aware of the disease, veterinarians do not typically test for it. Although it can be deadly, E.P.I. is treatable and manageable with the proper care and medication. Owners who suspect their pet may be suffering from E.P.I. should urge their vet to test for it.

E.P.I. is not the only disease that dog owners should be worried about. We've rounded up 13 of the most prevalent illnesses that are found in our canine companions. Now learn how you can prevent them.

Who's Affected & Why: According to WebMD, fifty percent of dogs over the age of 10 develop cancer at some point. It is also the leading cause of death in dogs over the age of 10. The most common type of cancer dogs are diagnosed with is lymphoma (a tumor of the lymph nodes). As far as breeds go, Golden Retrievers, boxers, flat-coated retrievers and Bernese Mountain dogs have a strong incidence of cancer.

How to Prevent & Cope: There are many successful treatments, including canine chemotherapy, available to help those dogs diagnosed with cancer.

Illness: When dogs age, the tissue fibers that make up the lenses in their eyes increase, pushing older, inner fibers together and altering the orientation. Since the lens is contained within a small area, there is little room to expand. This makes the lens less clear and results in a pupil that is cloudy and has a blue-grey-white appearance.

Symptoms: Cloudy appearance of the lens in the eye, difficulty determining distances and range.

Who's Affected & Why: Nuclear sclerosis is common among older dogs, beginning at the age of 7.

How to Prevent & Cope: There is no way to treat nuclear sclerosis. The best way to cope with this illness is to take good care of your dog and to keep their environment the same so that they can use their other senses to get around. (petMD)

Illness: Sarcoptic mange in dogs is caused by a tiny mite.

Who's Affected & Why: Outdoor dogs are most susceptible to sarcoptic mange. These tiny mites can survive a few days in the environment, so your dog can be exposed to the minuscule pests at the kennel, groomer, dog boarding facility and dog park. Its prevalence seems to be increasing, especially in the northeastern United States.

How to Prevent & Cope: There are currently no preventative measures for sarcoptic mange. However, there are several treatments available to cure your dog of sarcoptes mites. Topical spot-on products is the most common and effective way to treat mange. (Vetstreet)

Who's Affected & Why: Puppies and older dogs, those who who have a weak immune system, are at increased risk of kennel cough. Dogs confined together in an enclosed environment, such as a kennel or animal shelter, are most susceptible to the infection. Just like colds, it can easily be spread from dog to dog.

How to Prevent & Cope: A commercial kennel cough vaccine that contains an anti-bordetella agent is available to help prevent kennel cough from occurring. (petMD)

Illness: This disease is caused by a bacteria that affects dogs but can also infect a wide variety of domestic and wild animals, even humans. The organism can spread through infected urine and can survive long periods of time in water.

Who's Affected & Why: Any breed of dog can be infected with leptospirosis, but dogs who spend a lot of time outdoors and in the water may be at an increased risk.

How to Prevent & Cope: Leptospirosis can be prevented by proper care of your dog. Dogs should not be allowed to drink from puddles of standing water or to swim in possibly contaminated lakes, streams or other bodies of water. Dogs can also receive a leptospirosis vaccine if their veterinarian recommends it. (Vetstreet)

Illness: Rabies is a contagious and viral disease that causes madness and convulsions.

Who's Affected & Why: Rabies is transmitted through the exchange of blood or saliva from an infected animal. Hunting dogs have a higher incidence of rabies than other breeds of dog. Although rabies has almost been completely eradicated in the United States, dogs are still the primary species responsible for 55,000 human rabies deaths each year.

How to Prevent & Cope: Rabies vaccination is mandatory in 40 U.S. states. Many more local ordinances have been created to regulate rabies prevention. To further prevent this disease, keep your pets away from wild animals. (petMD)

Illness: Lyme disease is caused by a bacteria most commonly spread by a type of tick called the deer tick.

Who's Affected & Why: Lyme disease is not as common in the west or south because ticks prefer to feed on lizards rather than mice in these areas. The disease is most common along the northeastern seaboard and in the upper midwest.

How to Prevent & Cope: The most effective way to prevent Lyme disease, as well as other tick-borne illnesses, is to put your dog on a flea and tick preventative. (Dogster)

Illness: This highly contagious viral illness  manifests in two forms — intestinal and cardiac. It attacks reproducing cells, such as those lining the gastrointestinal tract.

Who's Affected & Why: Parvo can affect dogs of all ages, but it occurs mostly in puppies from 6 to 20 weeks of age. As far as breeds go, Doberman Pinschers and Rottweilers acquire the infection more easily than others.

How to Prevent & Cope: Proper vaccination is the key to preventing Parvo. Puppies should be vaccinated at six, nine and twelve weeks. They should also not be allowed outside until at least two weeks after their last vaccinations. Dogs with the disease should be brought to a veterinary hospital immediately. (petMD)

Illness: This contagious and serious viral illness is a relative of the measles virus.

Who's Affected & Why: Canine distemper is spread through the air and by direct or indirect contact with an infected animal, initially attacking a dog's tonsils and lymph nodes. If it goes untreated, it can progress into a neurological disease. CDV is most common among young, unvaccinated dogs.

How to Prevent & Cope: Treatment for this disease is limited. The mortality rate for CDV is 50 percent. That said, prevention is key. A canine distemper vaccine is considered a core vaccine by organized veterinary medicine. Vaccination is the most effective way to prevent this illness. Other ways to prevent CDV is to keep puppies away from other dogs until they have finished their vaccination series and keeping pets away from wildlife or sick animals. (petMD)

Illness: Arthritis is an abnormal, destructive joint process that can reduce a dog's ability to move and can also evoke pain.

Who's Affected & Why: Arthritis can affect dogs of any breed, but is most common in large breeds and those have common hereditary diseases that affect the joints, such as hip dysplasia. In these breeds, arthritis afflicts 70 to 80 percent of dogs, according to a study released by the American Veterinary Medical Association.

How to Prevent & Cope: Regular exercise is essential in order to prevent or reduce the likelihood of developing arthritis. In addition, maintaining a healthy body weight and diet is also key. If you find that your dog may have arthritis, identifying it early can help reduce the long term effects of arthritis. (Vetstreet)

Illness: An ear infection occurs when a dog's ear becomes inflamed, most commonly by a bacterial infection.

Symptoms: Shaking, pawing at ear, scratching at ear, tilting the head, loss of balance, pain when opening the mouth.

Who's Affected & Why: Dogs with long or floppy ears, such as Cocker Spaniels, are most susceptible to ear infections. Otitis is estimated to affect 20% of dogs in the United States. According to Veterinary Pet Insurance, ear infections ranked as the number one medical claim made for dogs this year.

How to Prevent & Cope: The best way to prevent ear infections is by maintaining a weekly cleaning schedule with a vet-approved cleaning solution. (petMD)

Illness: This intestinal infection is caused by the protozoan parasite giardia, which is the most common intestinal parasite found in humans.

Who's Affected & Why: Nearly 50 percent of young puppies and up to 100 percent of dogs housed in kennels will develop this infection. Giardia is most commonly caused by the ingestion of infected fecal material.

How to Prevent & Cope: Be sure that your dog has clean drinking water. Often, it can be soiled with feces or dirt. In addition, pick up your dog's feces immediately and wipe them after they go. (petMD)

Illness: A dog that is grossly overweight is obese.

Who's Affected & Why: According to CNN, the majority of adult dogs in the U.S. are overweight or obese. In the last year, the problem has worsened. Fifty-three percent of adult dogs were classified as obese by their veterinarians. That is approximately 41 million dogs. Middle-aged  and indoor dogs are most susceptible to obesity.

How to Prevent & Cope: Maintaing a healthy and balanced diet and lifestyle for your dog is important to prevent obesity. If your dog is obese, weight loss and increased physical activity is possible with gradual, but regular treatment. (petMD)