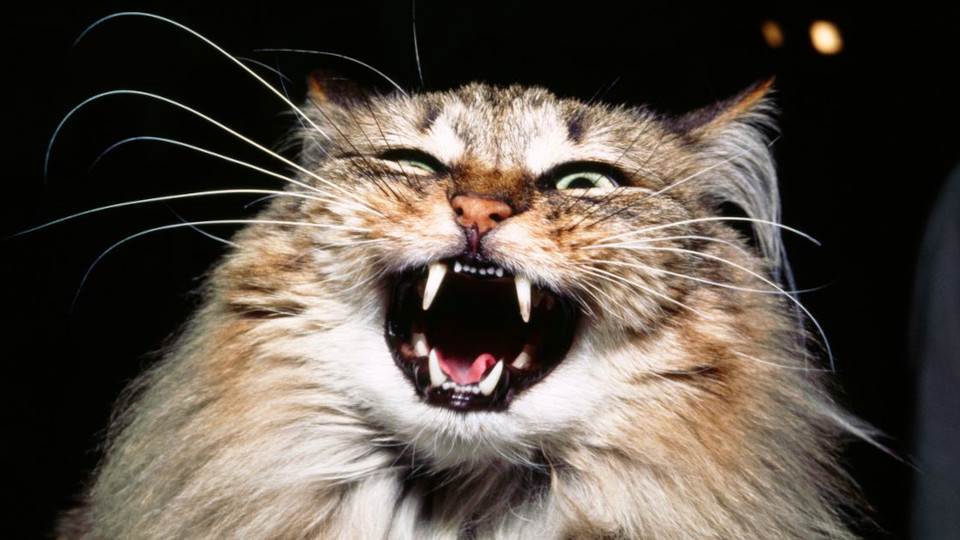 We all love our animal friends, but no one’s perfect, including our loved ones — and sometimes we wish our dogs, cats and other pals would stop doing that one little thing. When your pets are being pesky, there are lots of solutions at hand.

Definitely don’t surrender an animal with behavioral issues, because most are easily resolvable — and would you surrender your kid just because she occasionally doesn’t do her homework? Sadly, the answer to that question is “yes,” at least for some animals being surrendered to shelters.

When owners cited behavioral problems as the reason for giving up their pets, though, some trends started to emerge for researchers: Animals often hadn’t been spayed or neutered; many had never been to a veterinarian; in the case of dogs, many hadn’t been obedience trained; and animals that had come from friends were more likely to be surrendered. Had their guardians taken a few simple steps, behavioral issues likely wouldn’t have developed, and if one had, they could have used some easy tips to resolve it.

When you’re dealing with weird animal behavior, always call the vet if the behavior is sudden, harmful (e.g. a cat is overgrooming or a dog creates sores by scratching herself), or seems to be a sign of distress. For example, if your cat abruptly starts peeing outside the box and looks like he’s straining to urinate, he might have a urinary tract infection or kidney stones, and he needs medical attention right away. Likewise, if your dog is pooping inside and scraping at the floor, her stomach might be feeling a little unsettled. Call the vet and describe the problem to find out if you need to come in! Your vet may refer you to a behavioral specialist if she thinks you need some help, but your animal is otherwise healthy.

If you suspect your pet is fine, and is simply acting out, there are many things you can do to help minimize the annoyance. Here are 9 pesky pet behaviors and how to deal with them:

Dogs, cats, ferrets and birds just love chewing cords. One cheap solution is wire loom, available at many hardware stores. You can also try using toilet paper rolls or wrapping your cords in foil. These solutions should be sitting around your house, unlike specialty products like pet deterrent spray.

Few things are more disheartening than seeing flowers and veggies torn up by cats, dogs and other pets with a zest for life. There’s a quick fix, though: Stick some skewers into the ground. The skewers will deter probing paws and keep pets from wandering through the garden, but won’t injure them. You can also use river stones, which are a little less obtrusive. Commercial products that do effectively the same thing are available, but a pack of kebab skewers is a whole lot cheaper than a mat of spikes to keep animals out of the garden.

Some animals are barkers, meowers, chirpers or squeakers. A little noise can be fine, but it’s not so nice when it happens in the middle of the night or becomes constant. It can be a sign that there’s something wrong, but it may also be caused by something you’re doing: Animals respond to positive reinforcement, so if you pay attention to them when they make noise, they learn to make noise to get your attention. Try ignoring those heartrending meows, and Fluffy might learn to pipe down. If an animal keeps talking, though, it might be a sign of illness, so call the vet.

Accidents happen. Baking soda, vinegar and a dash of dish soap will get out most smells. But deodorizing will also discourage animals from using the same spot again; otherwise, the smell can bring dogs or cats back again and again. If an animal keeps voiding in the same spot, call the vet to see if it’s time to check for signs of a medical problem. If animals consistently don’t use the provided facilities, talk to a behavior counselor about training them.

Get off the counters!

Kitties in particular love clambering onto your counters, which might be exactly where you don’t want them. Cover the counters in foil for a few weeks — annoying in the short term, but worth it in the long term. Your cats will learn that the counter isn’t a fun place to be, between the loud noise and uncomfortable sliding, and they’ll decide they have better places to be.

Some animals seem convinced that if they let their food rest for even a minute, it’s going to disappear. That’s not good for their digestion, so use a trick like feeding in a muffin pan to encourage them to take bite-sized, er, bites. You can also use a food dispenser that’s partially blocked with an object like a ball so it only allows a small amount of food out at once. Scheduling meal times and rigorously sticking to that schedule helps too, because that way your animals can rest assured that they’ll always get something to eat, and they know exactly when, too.

A perennial problem cited by people when they surrender animals, scratching is an especially common behavioral problem with cats, although other animals do it too. For an effective plan of attack, recognize that you may have to spend a few weeks with your house looking a little disheveled. Try wrapping your furniture in foil or bubble wrap so it’s not appealing to sharp claws, and provide designated scratching areas and equipment — make sure the surfaces of areas you want your animals to scratch don’t resemble your own floors or furniture (i.e. don’t use carpet on a scratching post if you have carpeting!).

Redirect animals when they try to scratch. In the long term, consider tools like trimming nails regularly and using Soft Claws or similar products to blunt nails as long as possible so your pets don’t ruin your couch. Cats also scratch because they’re bored, so try mixing up their toy options with new toys and rotate toys regularly.

Cats and dogs alike can tear things up, dig holes, and make a mess. While urban legend cites spite for such behaviors, the usual cause is actually often stress or separation anxiety. Consider any changes you’ve recently made to the household or whether you’re gone more than usual — if you can get to the root cause, you might be able to address it and make your animal feel more comfortable. If you have a hole-digging dog, she might be trying to make a comfortable bed, or she might be bored. Make sure your dogs have both shady and warm spots to rest, along with toys for enrichment, like rubber toys with objects hidden inside that force them to solve puzzles. Cats can also be destructive when they’re bored, so many sure they have some entertainment too.

Knocking things off the table

Aaaah! So cute but also so annoying. We've covered this in This is why your cat won’t stop knocking shit off the table.

Animals that won’t get along are totally frustrating, right? One common reason is the perception of resource scarcity. All cats should have their own litterboxes, creatures of all species should have their own bowls, beds and toys, and you should make sure to hand out equal attention. When animals get aggressive, don’t give them too much attention — they’ll consider it a reward for bad behavior — but step in if someone is in danger. Use a squirt bottle to break up a fight, because hopping in can make it worse and will also endanger you.

Remember that one of the most important things you can do to address behavior problems is to remain calm and consistent. Don’t punish animals, who don’t understand what you’re doing and won’t respond well. If you’re frustrated or angry, leave the room and take a walk around the block to calm down. Make sure to praise animals for good behavior, while consistently ignoring those who are behaving badly or begging for attention. While it can be frustrating to listen to a dog whine at the table throughout a meal, for example, the minute you give in, the dog learns that whining works. Make sure everyone in the household is consistent, and your animals will thank you in the long term.

If any negative behavior persists, call your veterinarian — animals can’t talk, so sometimes weird behavior is their way of asking for help.