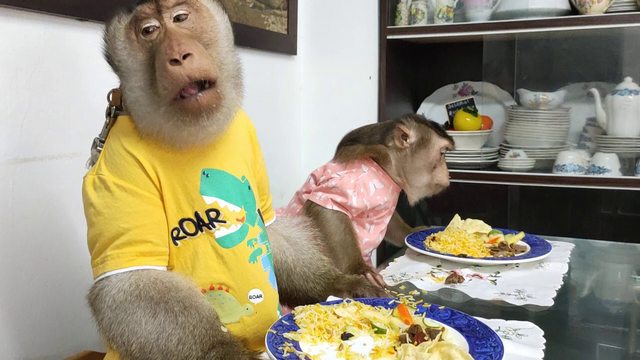 What does Wauf think about the jk shaki monkey youtube channel?

Jamil Kucing, the onwer of the youtube channel, owns 3 southern pig-tailed macaques. JK the male (named after himself), Shaki the female and Shakina, a female juvenile.
There's been some controversy about how he feeds his monkeys too much sugar and that they're also not getting enough movement because he keeps them most of the time either on a chain or in a cage but at least he never physically abuses them.