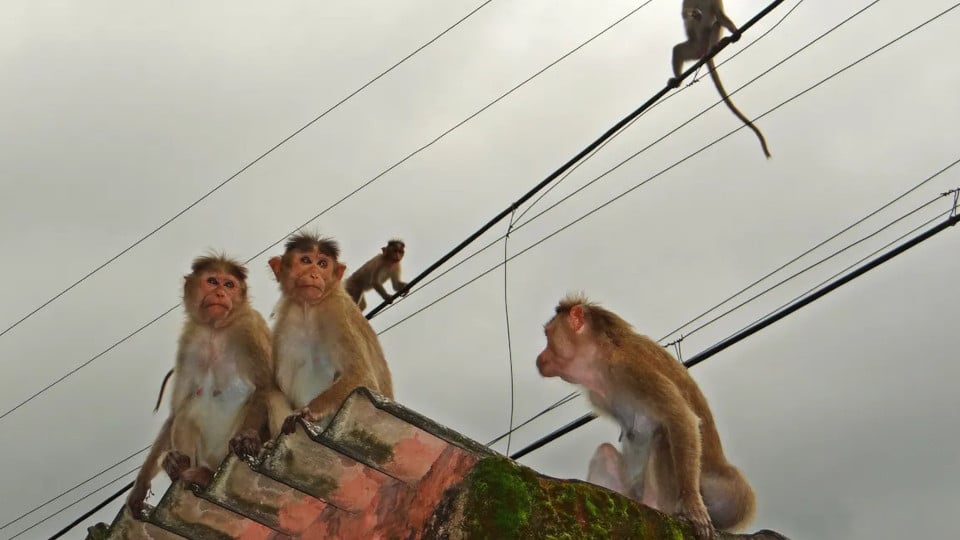 Parts of India are plagued by roaming hordes of monkeys running wild in cities and towns. Now, as part of a plan to curb the out-of-control monkey population, government wildlife officials are planning to administer a contraceptive pill to the monkeys, according to the Daily Telegraph U.K.

Rhesus macaques swarm New Delhi by the thousands, invading homes and government buildings, biting people, stealing food and even chewing Internet cables. In 2007, the city's deputy mayor was killed when monkeys knocked him off a balcony.

The new strategy of employing a combination of oral contraception and sterilization developed through a collaboration between Central Zoo Authority, the National Primate Research Center in California and the Wildlife Institute of India.

The idea is to surgically sterilize any monkeys that officials manage to catch, while adding oral contraceptives to food eaten by the monkeys that remain at large.

Experts say they do not plan to move forward with the effort until they study how it will affect the monkeys' health and behavior, ensuring it will not have a negative impact.

The monkey problem must be solved quickly, however. "The population is increasing in the cities; they are causing a disturbance," said Professor P.C. Tyagi of the Wildlife Institute of India. "People can't come out of their houses, they're taking clothes, biting people."