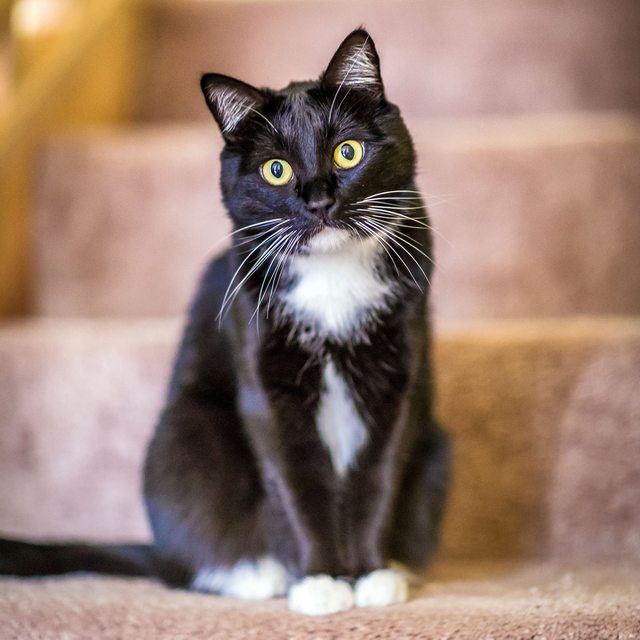 He's gone. My little boy is gone. In the span of 7 days, from a healthy strong cat to being put down in front of my eyes. Initially we thought it was just a cold, not too serious, got treatment for it but he didn't get better, started hiding from us and couldn't eat. Became weaker. Noticed that his breathing got heavy and difficult, immediately rushed him to the clinic. They took him in, extracted pus from his chest - bad sign, they said. I knew at that point, it was a real possibility he could die. Until then I assumed it was a side effect of the throat infenction/cold that his breathing got bad and not eating and all. So they said it can have different reasons, some bad some likely to be fixed. When I heard the "good" reasons were things like a bite, inhaling something solid, or catching some kind of splinter that went into his chest, I knew immediately that's not it, this would never happen to him, he's far too smart and capable to do that.

Paid a few thousands for treatment and diagnosis. After 24 hours they'd done the imaging and told us about the tumors in his lung. Told us even if they operated, they can't remove the ones in certain places because he needs that to survive. And even if he survived the operation, his condition after would likely be terrible. They advised no matter how much I paid, don't do this to him.

So, I went to see him right away, sadly he was fully sedated but to take him out of sedation just to see him awake one last time before putting him down seemed cruel and selfish. I believe he could hear me through the sedative. His eyes were open. I looked into his eyes and spoke to him as he went.

I've never felt such pain, even after losing relatives. He was my little boy, I protected him. I was the only one he trusted, he loved. He caught the cat flu before getting vaccinated as a baby, I knew that when I adopted him, I knew he might not have such a long life so I did everything to make it the best. I tried. I loved him.