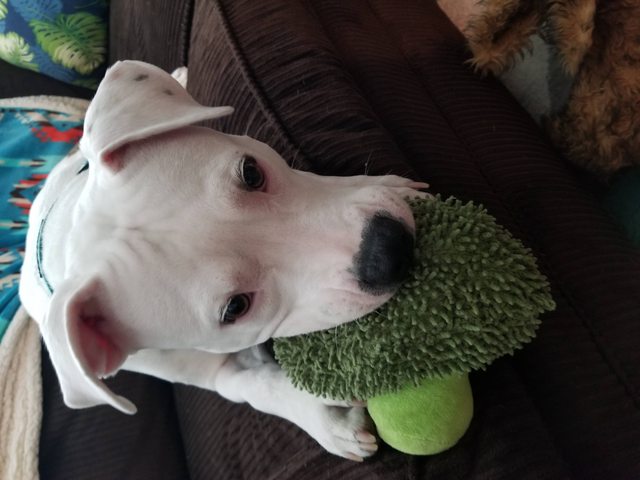 All I hear is how aggressive pitbulls are. Now either they're not talking about APBTs, my dog's weird for an APBT, or he's just not one. But everyone, even strangers, say he's a pitbull. So what's the deal, Wauf? Did I just get insanely lucky? Because my wife and both our roommates have been on the watch for any aggressive tells and, over the year and a half we've owned him, there simply isn't anything. The most aggressive he gets is he wants to play with other dogs and even that's tapered off after he saw some scuffles at the dog park last year. Hell, he even goes out of his way to not get dirty because he hates baths.

I didn't know what I had when we got him so I did googling and, apart from the usual bullshit, I got a lot of information that just does not square with the dog we've got. He's not dog aggressive, he's not people aggressive, he's not even cat aggressive. He's just... a chill-ass dog who wants to always be around one of us when we're home.