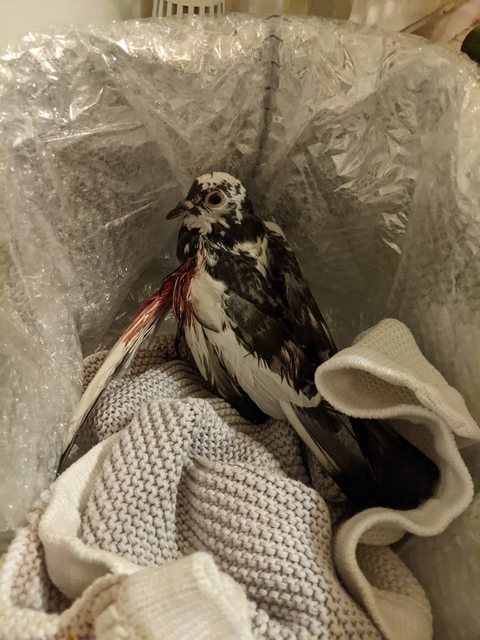 Found an injured pigeon in my garden. Wrapped it in a towel and brought in, it's sitting in a picnic bag now. Looks like it was attacked by a cat. What do?