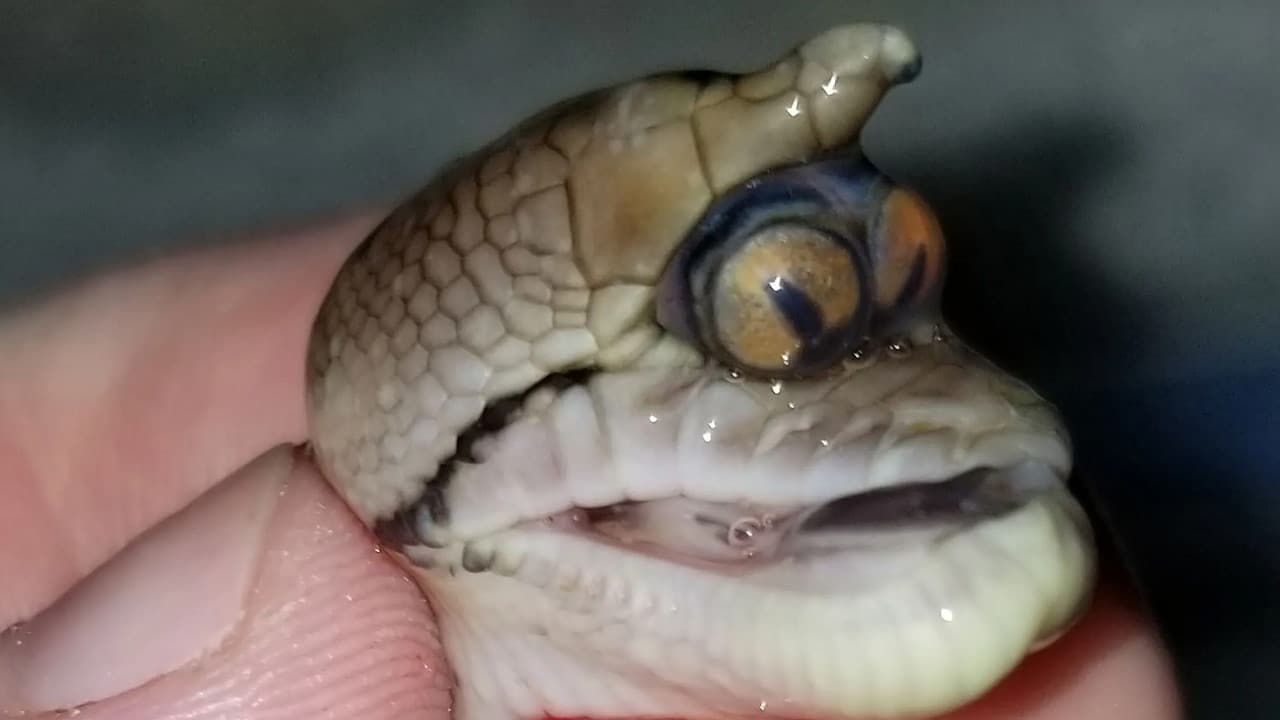 Not all animals are cute, and truth can be much more terrifying than fiction. What's the point of creating fictitious monsters and other things that go bump in the night when reality already has a healthy supply of bizarre creatures to populate our dreams? Here's a list of weird and wild animals to grab your attention and possibly keep you up at night. Except the first one, because it's a... 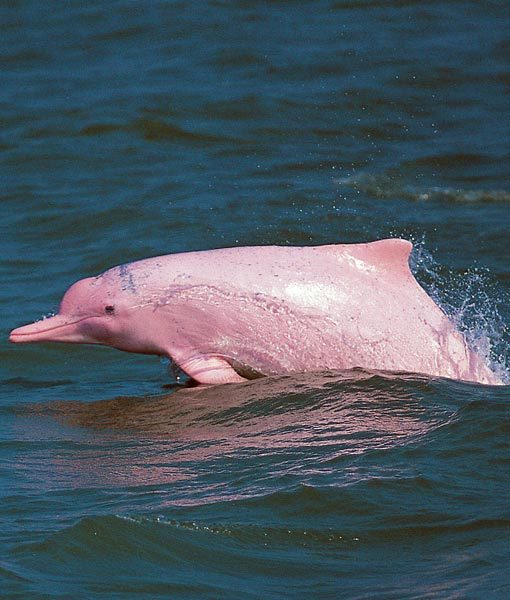 Dolphins are popular animals because they’re both very cute and very intelligent. But that gray coloring is so drab! It doesn’t exactly catch the eye. Enter this specimen, a bright pink dolphin that apparently jumped off the front of a second-grader’s Lisa Frank Trapper Keeper and into the sea to bring some color and character to the pod. The dolphin pictured is pink due to albinism (a genetic mutation), but there are some species of dolphin -- the Amazon river dolphin and the Chinese white dolphin -- that are naturally and normally pink.

Snake with a foot

Way back in 2009, there were reports of a woman in China who awoke one night to find a snake crawling up the wall of her bedroom using its foot. Naturally, we were terrified, and proclaimed the snake with a foot to be a sign of the Apocalypse. Admittedly, that might have been an overreaction, as three years later we’re still here and no further reports of unipedal serpents have arisen. And yet no explanation for the legged snake was ever offered, and so we proceed into each new day with only cautious optimism that it won’t be the world’s last. 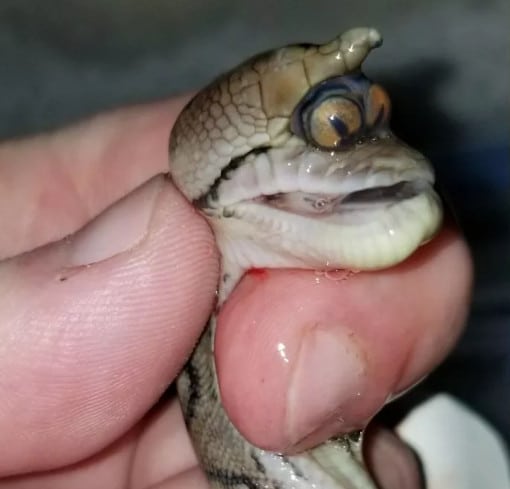 Tyree Jimerson, who breeds reticulated pythons in Mississippi, knows that reptiles don't always come out as they should. In 2018 he was opening a clutch of python eggs when he noticed one of the snakes had an unusual color. When he had a better look at it, he saw that it also had two eyes in the same socket and no functional snout -- looking like a serpentine cyclops. The cyclops python was alive, but very weak, he told Newsweek. 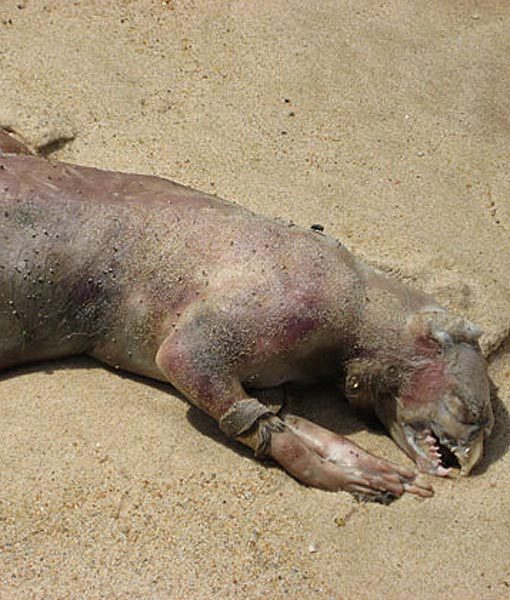 When this frightening-looking creature washed up on a Montauk, N.Y. beach in 2008, the photograph went viral and everyone freaked out trying to figure out what it was. Various theories regarding the identity of the Montauk Monster were that it was either some sort of sea creature like a turtle that lost its shell, the product of freaky experiments performed at the nearby Plum Island Animal Disease Center, or a space alien.

Once experts weighed in, their best guess seemed to be that the monster is actually a dead raccoon, its body bloated and warped from being submerged in the water. But not everyone’s satisfied by that explanation, and no 100-percent-certain answer has yet been decided. 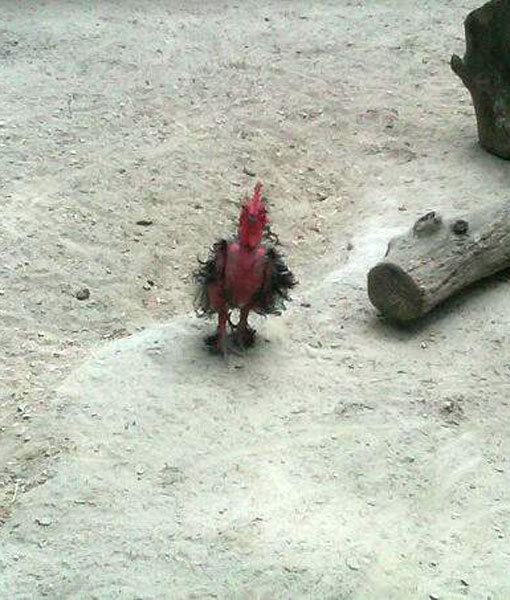 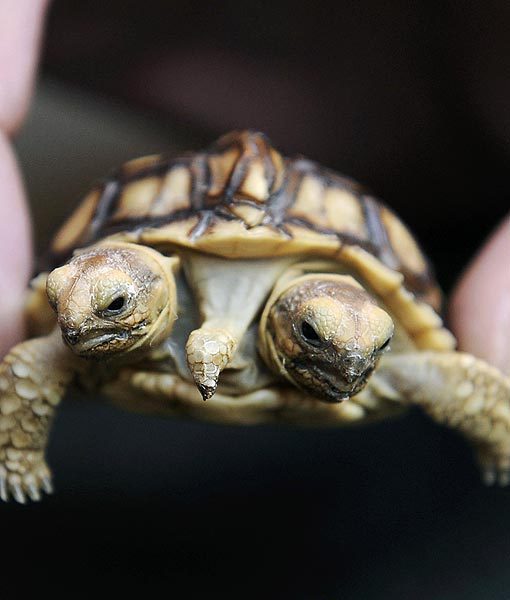 Animals born with extra heads aren’t as rare as you might think. There are lots of examples of snakes, turtles, lizards, pigs, cats and more with two heads or two faces or other unusual defects. Pictured here is a creepy-cute conjoined tortoise named Magdalena (one head is Magda and the other is Lena).

The chupacabra -- aka the goat sucker -- has been a legend in Mexico for years. The beast still holds cryptid status, which means there’s not enough evidence to suggest that it actually even exists. But something must be attacking all those goats and drinking their blood, right? There are even photographs of strange-looking creatures said to be chupacabras.

As in the case of the Montauk Monster, scientists have offered a few reasonable explanations for the existence of these mysterious beasts and the grisly carcasses they leave behind -- namely that they're mangy dogs or coyotes too young to finish a kill properly, for example -- but no definitive answer has yet been reached. 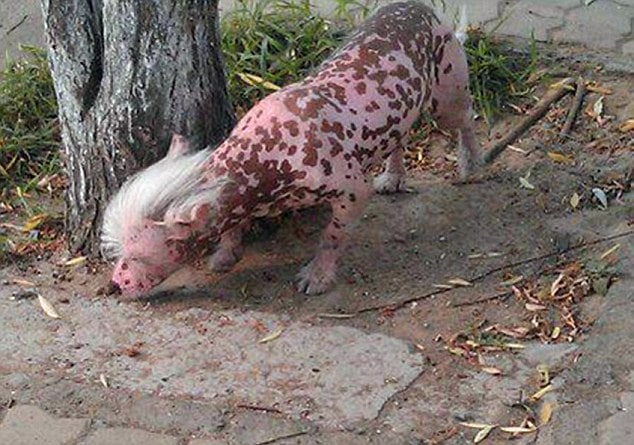 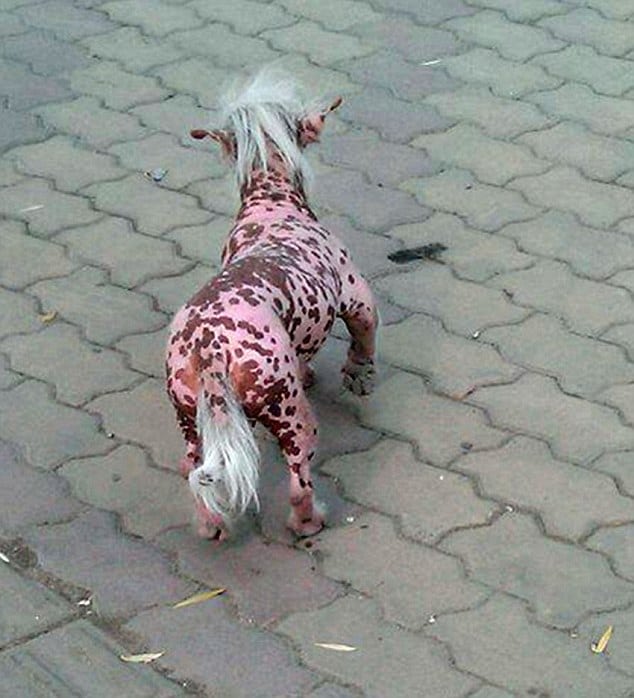 Imagine a creature that looks like a cross between a piglet, a pinto horse and Stripe, the gremlin from “Gremlins.” The result is none of those things, but rather a Chinese Crested dog found chilling out in Xinxiang, China in 2012, where bystanders mistook it for some sort of mutant-pig lab escapee. Who could blame them? We’ve been looking at this thing for a month and still hardly believe it’s a canine, even though its breed takes the title of World’s Ugliest Dog almost every year. 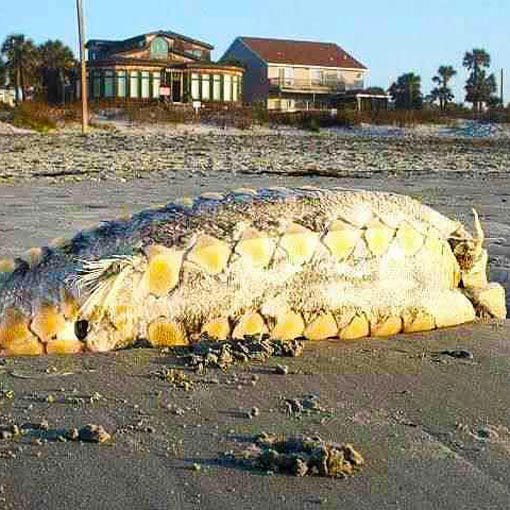 The depths of Earth’s oceans are a forbidding, mysterious, mostly unexplored realm. It’s sometimes said that we know less about what goes on in the sea than we do about outer space. So perhaps it shouldn’t come as a surprise when we encounter a bewildering or even terrifying creature like this massive thing that washed up on a North Carolina shore in 2012.

At first, locals thought it to be some previously unknown sea monster, but it was soon identified as just a particularly huge sturgeon. Kinda makes you wonder how big some fish can really get. Don’t expect to reel in one of these puppies with your dinky little rod and line. 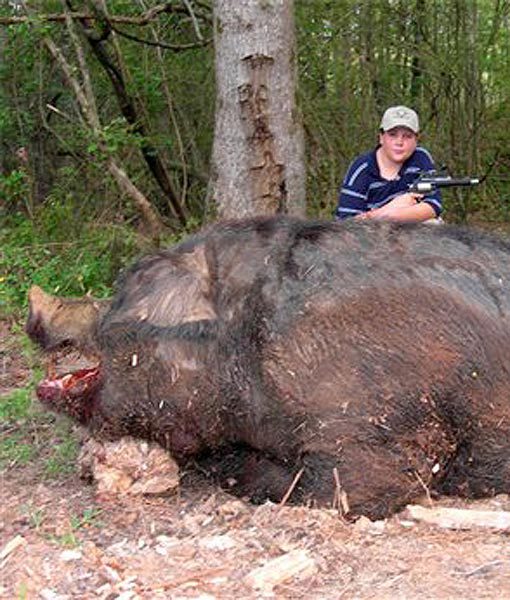 In 2007, young Jamison Stone’s family claimed that the 11-year-old boy hunted and killed a monstrous wild hog that came to be called Pigzilla. Unfortunately, most of the facts of the story turned out to be hoaxes. The animal wasn’t wild at all, but an overfed domestic pig that the family purchased and killed in a canned hunt. Moreover, the photographs were doctored to make the 1,000-pound, 9-foot-long hog look even bigger than it actually was. And that’s a shame, because all the lies merely embellished the truth that this animal really was quite enormous, and would’ve impressed us all with its size even if it had been allowed to live. 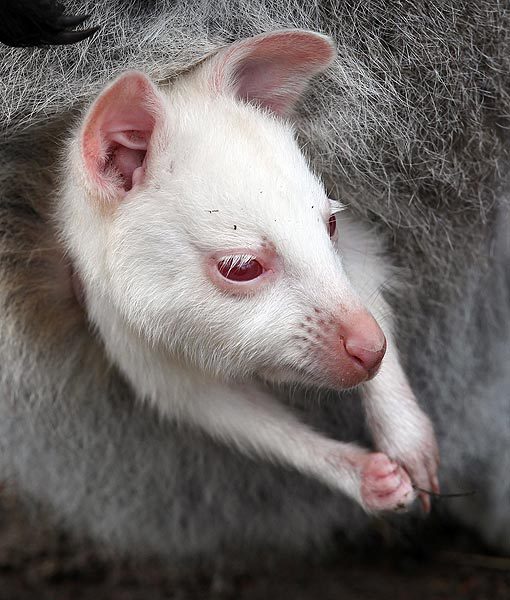 Albinos aren’t freaky or weird like some of the monsters in this collection of strange and unusual creatures, but what they lack in creepiness, they make up for in authenticity, since the naturally unpigmented animals are very real and not merely the products of Photoshop trickery, or a whispered legend in some backwoods community somewhere. And on a list of “mutants," these snow-white, pink-eyed animals can lay real claim to the technical part of the designation, as their lack of melanin is the result of a genetic mutation. They truly are rare and wonderful. 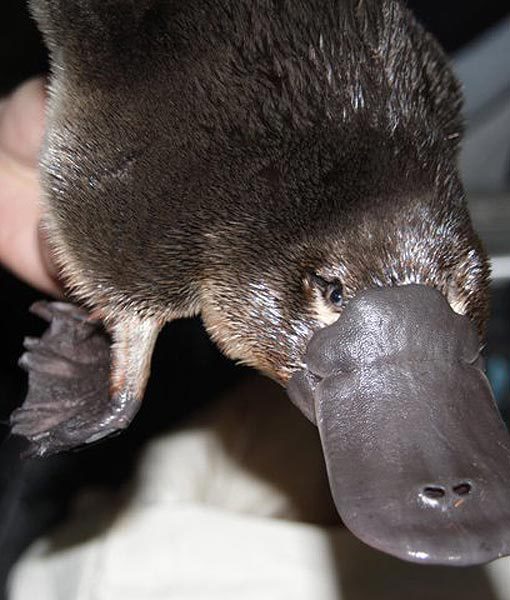 The platypus is so well known to people all over the world that sometimes it's easy to forget how weird these animals really are. It's as if Mother Nature put them on Earth just to remind us that she can do pretty much whatever she wants and defy all our expectations. Let’s do an inventory: the platypus looks like a beaver, but it has the feet of an otter, the ridiculous-looking bill of a duck, it lays eggs, and it's highly venomous and therefore very dangerous. There’s no reason an animal like that should exist.

So the next time you bring up the chupacabra or the Montauk Monster in casual conversation and someone you know says you’re talking nonsense, remind them that when the platypus was first discovered, everyone thought it was a hoax, even though no sane person who didn’t already know it existed could ever in a million years conceive of this bizarre animal.