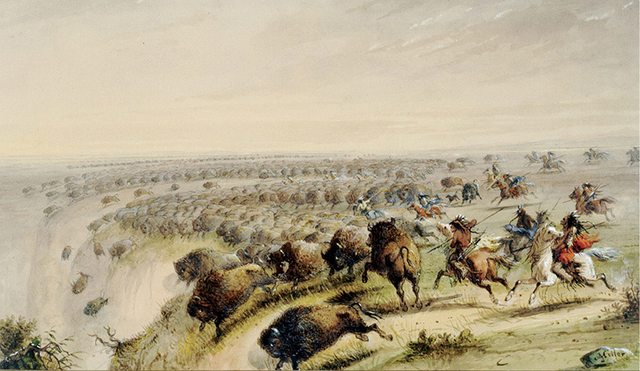 I've seen some anons here seething at American Indians for supposedly causing the extinction of America's megafauna, and not just the plistocene species. Buffalo runs in particular were brought up as the major factor for the animal's decline, completely ignoring the state sponsored eradication of the species. Even the argument for American Indians (as a cultural group) being responsible for the extinction of plistocene mega fauna doesn't make much sense, as by the time those cultures developed mammoths were long gone on the continent.

Where did this meme that American Indians, as opposed to settlers in the holocene and literal cavemen in the plistocene, caused the extinction the continent's megafauna come from?